In 1977, Nolan Estopinal formed his new amusement game operating company, Chalmette Amusement Company, from his home in Arabi, which is located just 2 miles to the east of New Orleans, Louisiana. From under the home’s carport, Nolan, known for his sturdy independence, prepared games for delivery to various restaurants and bars that wanted to work with Chalmette Amusement Company. Times were tough, but Nolan’s resolve was strong. It was a time when a man’s word was his bond and contracts were made over a shot of whiskey and a firm handshake. Like so many start-ups before him, the family home became a de-facto warehouse, bookkeeping office, and service facility. Nolan, with the help of his wife and family, was determined to succeed.

Growth was rapid and working out of his home was soon no longer an option. Nolan needed to find a building. So, after incorporating in 1982, Nolan purchased and built an office and warehouse complex less than one mile from his home.

The 4,500 square foot building was originally designed to house more than Chalmette Amusement’s game operations. Nolan built storage bays and planned to rent them to other companies. Within two years, however, the company’s growth was such that soon the entire building, storage areas and all, were in use by Chalmette Amusement Company.

In 1992, the state of Louisiana legalized the operation of video gaming devices for use in licensed establishments. This single event was of such importance that it would soon alter, one way or the other, the fortunes of nearly all Louisiana amusement game operators. Nolan quickly applied for his company’s license. Armed with a proven business model and many years of experience running a successful business in the competitive amusement industry, Chalmette Amusement Company soon began installing video gaming devices in local bars and restaurants.

It soon became evident that the video gaming landscape in Louisiana was a turbulent environment in which to run a business. With so much money at stake, the days when a man’s word was all you needed to keep a location soon became a thing of the past. Ruthless competition forced the family to make a decision that would ultimately contribute much to their future success. They undertook a strategy of planned vertical diversification, purchasing what would become the first of many parcels of real estate that would support the same bars and restaurants where Chalmette Amusement Company would operate its video gaming devices and other equipment.

Still growing, the company soon evolved from a “mom & pop” operation with just a few loyal employees into a more established one that requires a full staff to maintain the quality service and performance for which they are known. Along the way, Nolan and his staff grappled with unfamiliar issues like employee health insurance and other benefits needed to attract the best and the brightest to their employ.

As a result of the company’s success, a “sister” company, MTL Distributors, was formed in 2005 by two of Nolan’s children. Michelle and Troy, exhibiting passion and determination so reminiscent of their father, saw opportunity present itself with the evolution of the digital jukebox within the coin-op industry. By now, both Michelle and Troy had also joined their father in Chalmette Amusement Company. Troy, with a college diploma and a business degree tucked firmly in his pocket, would soon play an integral part in leading the company out of the devastation soon to come.

August 29, 2005: Hurricane Katrina roared over the levees that protected St. Bernard Parish where Chalmette is located. Katrina’s tidal surge covered the entire parish and, with it, most of the locations where Chalmette Amusement Company operates equipment. Nolan, back in 1977, had overcome adversity when he formed the company following two years of illness in which a rare disease destroyed most of his nerves. This time, faced with what seemed like a insurmountable obstacle, it was Troy who undertook the herculean task of rebuilding.

What took 27 years to build was destroyed in just 24 hours. Water and wind damage took their toll, not only upon the business, but upon the people themselves. Along with Nolan and Troy, nearly all the company’s employees, location business owners, and customers found their homes flooded and, in many cases, destroyed. If it had a chance to succeed, Troy’s rebuilding effort would have to extend beyond just fixing the company’s headquarters; he would have to help rebuild its locations and businesses too. Worse, he needed manpower and little was to be found. Undeterred, Troy began to provide help and, in some cases, housing, to employees while their homes were rebuilt.

It was a monumental effort, but working together, owners and employees alike, they succeeded beyond all expectations. At one point, three months after Hurricane Katrina, Chalmette Amusement Company was operating out of its Arabi office with no electricity, water, or phone service! The building itself had suffered 3-feet of water and sustained roof damage. It is a testament to the kindheartedness of the industry and to the likability of the Estopinal family that one or more competitor operating and distributing companies opened their warehouses to help store salvaged equipment while rebuilding efforts were underway.

Today, with Troy and Michelle running Chalmette Amusement Company, it’s future looks brighter than ever. Headquartered in the same building that Nolan built more than a quarter century ago, the company operates video gaming devices and other amusement games in many southern parishes. Having overcome the challenges of temporary relocation, the rebuilding of their facility, and a complete retooling, the employees of Chalmette Amusement Company exhibit a renewed spirit and determination. Each and every person who made it through those tough times is lot stronger and a lot wiser; happy to be able to continue providing the kind of quality equipment and service that their customers have come to enjoy and expect. 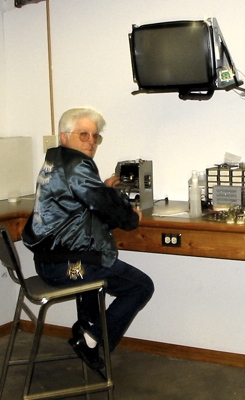